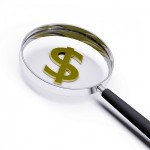 Recently, our congress successfully passed new legislation, courageously recomposing century-old U.S. financial rules. It seems our buddies in D.C. have acquired great economic know-how, unseating 80 years of financial thought in a single, 24-hour session. The method of attack dealt with added regulation in derivative trading, and more specifically – Credit Default Swaps. Today, I will explain CDS’s, their influence on U.S. real estate, and how this new legislation will drastically affect everyone from the mighty real estate investor to the common renter. So, get involved and find out how this revolution to financial rules will affect both your personal and professional world

Most critical to the real estate market is how the bill imposes derivative regulation on all U.S. banks. Certain types of derivatives, Credit Default Swaps, are used by banks to hedge or protect against the risk of default or non-payment on loans. In essence, CDS’s reduce some of the risk associated with providing loans, and for our purposes – mortgages. A third party will offer a bank to pay the amount left on the loan if the borrower is no longer able to make the loan payments. To make the third party willing, the bank will pay a premium to the third party, similar to premium payments to insurance companies. Here is an example:

Bank A decides to provide Minesh the Borrower with a 30-yr fixed mortgage of $250,000 to purchase a home. Bank A cannot afford to lose $250,000 if Minesh is unable to pay, but the bank can afford to risk losing $100,000 of the principal on the mortgage. Now, since Bank A still cannot afford to lose the remaining $150,000, it offers to pay a third party company $1000 every three months if the third party company agrees to pay Bank A $150,000 in the event Minesh Borrower is unable to pay his mortgage.  It is similar to insurance, without the insurance regulations – a way for banks to hedge against loss due to default.

The added security of CDS’s to our mortgage lending environment instigates and encourages lending to home buyers, as mortgages protected with CDS’s are more likely to be issued, and are more marketable for re-sale. Anything that makes mortgages more appealing, facilitates mortgage approval, and thereby, makes home purchasing more frequent and attainable. In many situations, loans cannot be made without credit default swaps.

So, what does this all mean? The added regulation on CDS’s  may remove their safety net from mortgage lending, increasing associated risk. In order to balance or reduce risk, costs to borrowers will increase. At times, the lack of CDS’s will lead to such an increased default risk that any prospects of bank profitability are eliminated, leading to declined mortgage applications.

Why are Credit Default Swaps the target of legislative assault? Large corporations exposure to certain CDS’s  such as AIG– America’s insurance giant- led to corrosion of corporate balance sheets. AIG sold a number of CDS’s to banks all over the world, providing bank protection in the event of mortgage default. With nearly $440 billion of coverage provided in the form of CDS’s to banks, AIG faced a crises when the American people simultaneously began defaulting on mortgages, as the climbing of the federal funds interest rate provoked many newly issued floating-rate mortgages to blunder. Without enough cash to maintain its side of the CDS agreement to cover the loss on mortgage default, AIG liquidated many other, profitable assets out of necessity, killing the company’s financial well being. Unable to provide banks in need with the promised cash recuperation, and also unable to maintain the promise of a security blanket against default to other financial institutions sent the banking system into a frenzy. Now, banks had to deal with mortgage default losses alone, and banks not yet facings mass defaults were forced to look elsewhere to protect their mortgage assets against default; however, the protection was now significantly more expensive, considering the shift in the perceived risk surrounding mortgages. The poor investing of AIG funds corrupted its primary line of business – insurance, requiring government intervention as too many Americans depended on insurance benefits from the giant corporation, requiring tax dollars to protect the insurance benefits, as the company was no longer able to secure funds elsewhere

How will all this affect the real estate market?

Wave good-bye to the ease once associated with CDS issuance and trading – bye, bye. Banks are no longer to engage in “risky” derivatives trading to prevent catastrophe exemplified by AIG – a situation relying on taxpayers for correction. Now that banks are no longer able to deal in potentially risky derivatives trading, the government is, in essence, lifting the ability of banks to offer mortgages to anyone other than the most capable home purchasers. Effectively, banks will only have the availability to approve mortgages with significant down payments (a minimum of 20%) and borrowers with outstanding credit. Such borrowers are not in need of any form of default insurance, considering the debtor’s financial strength.

The stated goal of those drafting our new legislation is to eliminate the use of Credit Default Swaps as a means of speculating the quality of a loan/mortgage, using the AIG example as the evidence of potential catastrophe with speculation in Credit Default Swaps. Oh no no no no, Barney! Mr. Barney Franks! Again you misinterpret the fundamentals of American financing, it was not bank speculation that led to the problem; it was the speculation of the companies investing in CDS’s like AIG who put the system in jeopardy. I submit that government regulation is imposing harsh regulation on a mistaken culprit. The banks simply use the vehicles to purchase security, but the companies supplying the CDS’s speculate that they will collect enough premiums to counterbalance any claims on defaults they may on day need to pay. There is no speculation on behalf of the bank, only hedging for safety measures. To reduce speculation in derivatives trades involving banks, the regulation should be imposed on those actually speculating, such as AIG. It is more appropriate to regulate the third party who offers to pay the loan in the event of a default. AIG’s mistake was acquiring too many CDS’s of similar complexion – all with sub-prime borrowers, similar start dates, and floating interest rates. So, a catastrophe could affect all at once, and for AIG, the catastrophe was a progressive climb in interest rates. I submit, that regulation preventing companies from pursuing too many of one category of CDS’s could protect companies, banks, and individuals from the risk of catastrophic loss.

As a result of the new legislation, the mortgage game will be more challenging, as a loan without the security of a Credit Default Swap is less marketable, and therefore, less attractive to banks. There is little money to be made off of non-CDS supported mortgages unless the borrower brings accompanying financial strength that dispels the need for added, hedged security. Also, the loans will only be designed with strength, including only financially strong debtors and loans built off strong equity positions (large down payments).

Investors: The practice of flipping houses will no longer have short-term profitability, as the buyers market will be a fraction of it once was, and the frequency of real estate purchase will thereby decline. Real Estate investment will shift from seeking gain on house value, to designing strong revenue from cash flow – income properties. With cash on hand and appropriate ratios of debt: equity,  investors with cash retain access to low interest rates, unavailable to others, and should be able to use their cash-rich situations to design a cash flow from rent. Interest rates will remain low, as few will have access to the low rates, and with limited group actually able to take advantage, the widespread demand for borrowed money will never be great enough to quickly drive up interest rates. The wealthy will be able to borrow for cheap, and likely rent for a lot, as home ownership will decrease dramatically, and the American dream of home-ownership will turn to distant fantasy. The situation is ripe for the rich to get richer.

Renters: You will soon be greater in numbers, as many American will revert back from ownership into the conservative life of renting. Without available funds, young professionals will no longer be afforded the opportunity to leap into early home ownership. Furthermore, some home-owners of the past will be sent back to the minor leagues, presented with new obstacles on the path back to the top. As I’v mentioned before, increased renting will drive up monthly rent prices (another reason why the investors mentioned above may want to take advantage of income property).

Property Managers: prepare to expand your business at lower prices to your clients. In the coming years, an increasing number of houses and various other units will be used for rental activity. Start strategizing on how to accommodate the new renting generation, as they will likely seek the quality of a home, in rental form. These are long-term renters with likely heightened demands for quality. Keep the complexion of the incoming tenants in mind, and adjust your business plans to accommodate for the surplus in renters.

Real Estate Agents: Depending on your niche in real estate, you will likely need to alter your approach to profitability. The purchasing power will now rest primarily in the hands of investors, and after the houses on the market now are unloaded, there will be no quick turnover on homes as we have grown accustom to over the past 40 years. Ownership will remain constant, so it is important to focus sales efforts in cities with substantial investment capital and great rental demand, as housing purchases will come from investment for the purpose of generating cash flow, requiring a renting population. Personally, I suggest cities containing large colleges/universities. Next, you will likely need to incorporate property management into your business model, as it will be the best way to secure consistent income in the long-term. However, many agents will also shift into property management, so be sure to provide a competitive advantage – use new technology available to create an efficient management company. Remember, the current state of the industry has little technological influence, and requires too much leg work to function properly.

Hiring contractors is one of the many tasks assigned to landlords or property managers. These contractors can be plumbers, roofers, carpet cleaners, or electricians. Each one of these contractor’s professions provides a vital service that contributes to the proper management and maintenance of your property investments. As you know these contractors are needed, but more importantly, you need to...

Hiring contractors is one of the many tasks assigned to landlords or property managers. These contractors can be electricians, roofers, carpet cleaners, or even plumbers. Each one of these contractor’s professions provides a vital service that contributes to the proper management and maintenance of property investments. As you know these contractors are needed, but more importantly, you need to...