As halloween nears, I thought it would be appropriate to explore some of the more interesting homes you’ll find out there. Sometimes on the market, sometimes not. We’ve talked about how there are some scary areas, and some scary properties in the practical sense: but have you ever thought about a haunted property? They’re on the market more often than you think, and if nothing else, make for some great stories. Here are the first 5 of them. 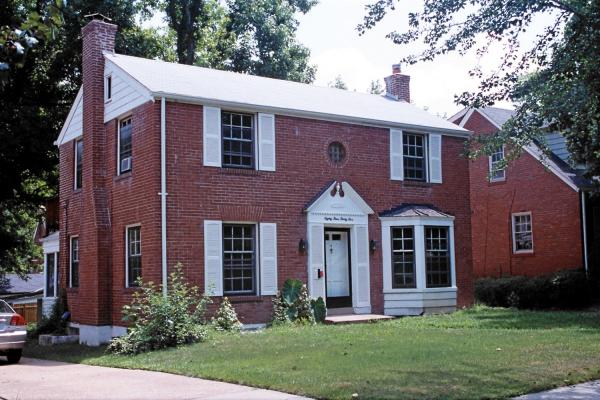 This first property is not currently on the market, having last sold in 2005 for $165,000- right about 4 grand under asking.

This 1, 676 square foot brick colonial on an 8, 856 square foot lot is nestled in the beautiful, quiet neighborhood of Bel-Nor, in Saint Louis. Boasting gorgeous hardwood flooring, this property also offers 3 bedrooms and two baths. It has central air and forced heating, as well as a fireplace. It was built in 1942 and has a detached garage for parking. Though this home physically offers 2 stories- it’s the third that makes it so interesting.

It is the last standing landmark to one of America’s most spellbinding tales. In 1949, a 13 year old boy and his family moved into the home from Washington, D.C. While that may not seem all that fascinating: their reasons for the move captivate people even today. The boy was believed to be possessed by Satan, himself. That is still hotly debated, but the exorcism did in fact happen- and though it actually happened at the Alexian Brothers Hospital- the area where he was housed is now a parking lot: quite a bit is rumored to have happened at this quaint little colonial.

Granted, what did happen has been hotly refuted as being nothing like the movie, but what did is still not exactly a selling point for this property. As a matter of fact, Realtor Patrick McLaughlin, who was selling it refused to talk about it and the prior owner said he just didn’t feel it bore disclosing. Besides, how does one go about saying something like that?

Well, see, apart from the stuff that happened before the priests got here, they came in to find this kid’s bed rocking and shaking all over the place with no real explanation as to why. If they cited scriptures, he writhed and screamed in pain. He got a bunch of welts, scratches and letters on his skin and then, a bottle of holy water got chucked across the room by unseen hands…but HAVE YOU SEEN THIS BATHROOM?

This one, I wouldn’t even bother try springing that “Surpriiiiiise!” on, because the moment you see Amityville, what you do you think of? Exactly. The whole town was made famous by what has been widely debunked as a big time hoax. But it was a hoax based on a reality, which means, hey, still a freaking scary property.

I’m not even sure I need to retell the story that made this one famous. Everyone knows it. Young couple, fabulous deal on a beautiful home….then, some spirits with terrible interior design chops and personal space boundary issues started causing trouble.

People still debate the Lutz’s account of what happened, but what is not debated, is the original tragic and terrifying events associated with this property. By now, there have been a multitude of books and movies about the house: some documentary, some not. Oddly enough, as I was writing this, I did find some stills from the 2005 remake on my computer. I’d say that adds a somewhat creepy touch to the research I’m doing, except I feel relatively sure these were not part of my girlfriend’s paranormal research. Paranormal research, as you know, is just fraught with fake images. I’m not sure movie remakes count, but apparently, they do. 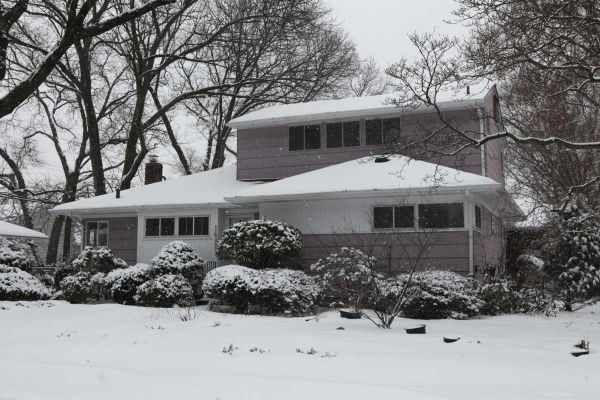 Well, what could possibly be a secret of this pretty 4 bedroom, 2 bath? With its expansive 6,649 square foot measurements, in a wonderful neighborhood with an impressive school district- people won’t be able to help but say, “Wow, he was such a nice, quite fellow” if you bought it. Whether or not that actually happens of the current owners, who bought the property for $322,000 in March of 2011- we may never know but one thing we do know?

Notorious serial killer Joel Rifkin once lived and, uh, worked here. Known for having murdered more than a couple people in the basement of this fine home, Rifkin also stored at least one of the bodies in the garage. The new owners, however, have happier plans for the large property and a pretty great attitude about it all, saying, “We’re bringing all positive vibes- no more bad.”

Good luck with that, you guys! 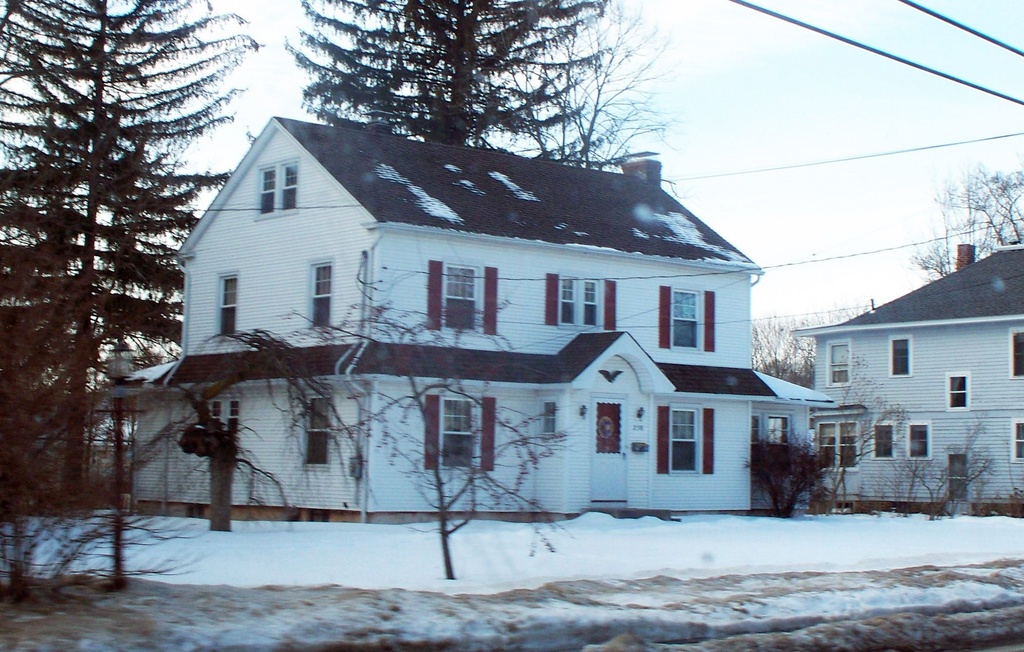 Well, here’s a beautiful, spacious home. This one even offers a multiple occupancy option and though it was built in 1916, it most definitely has been updated since. This is particularly important, seeing as it was once a funeral home. However, that isn’t why it makes the list. Here, we have yet another home visited by Ed and Lorraine Warren which, oddly enough, the current owner refutes any and all reports of being haunted: though it’s most certainly famous for it. Gosh, this seems to be a pattern for them. (They also helped out with the Amityville case.)

In 1986, Allen and Carmen Snedecker rented the property and quickly learned of its interesting past. Shortly after that, the couple and their family began to experience some terrifying things. Some of those experiences included reportedly being harassed by two demons: one, described as being tall, gaunt, with black hair and eyes, the other, tall, with white hair and eyes- wearing a pinstriped suit.

The home itself is 3,084 square feet, sits on a small, well manicured lot, and offered prospective buyers 5 large bedrooms and 2 baths. However, after the 2009 film A Haunting In Connecticut- the current owners, who paid $140,000 for the property in 1998 say that though they’ve never been visited by any snappy dressing demons, they have, however, been harassed by tourists. 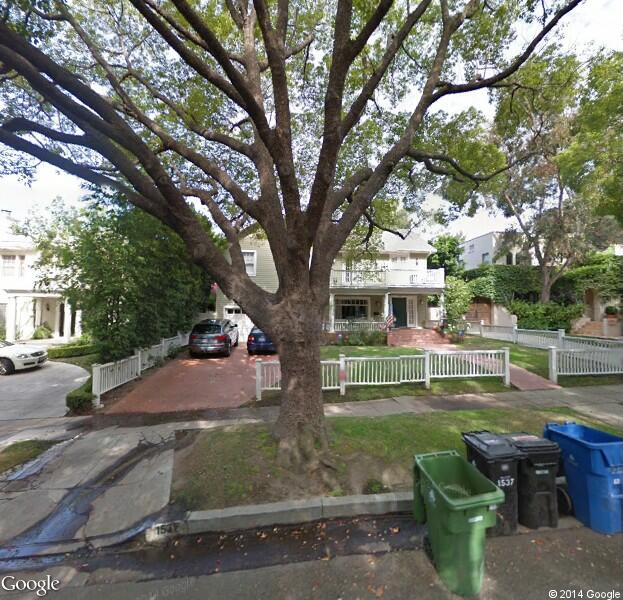 Here, we have an absolutely gorgeous 5 bedroom, 3 bath home in sunny Los Angeles.
That’s it, it’s in LA, there’s your horrifying se- just kidding. So, what could have possibly happened at this pretty home? Actually, nothing at all.

The home, which last sold in June of 2008 for $1,500,000 is actually quite a lovely house with no hauntings, demons, demonologists, ghost hunters, or other terrifying things that go bump in the night.

As a matter of fact, the price for the location and size wasn’t even all that horrifying. So, why is it on this list, then?

Stay tuned as my Halloween celebration continues with part two, where we explore 5 More Awesome Properties With Horrifying Secrets.

Okay – it’s time for a look our country’s current political and economic environment, anticipating how they are going to affect YOU as a landlord, tenant, or homeowner in the very near future. It’s a shaky situation that was touched briefly on previously with an article regarding the way Fannie Mae and Freddie Mac operate to facilitate home purchases in this country. However, legislation may be...

One of the most common questions from home buyers is this- “Do I need a realtor to buy a house?” The short answer is no- here’s why. Realtors Make Things Easier- Not Possible Realtors are extremely helpful in most cases- hence, why so many buyers and sellers choose to use them. Great realtors: Know your local area like the back of their hands. Can give great advice on what to look for when buying...