So, many blogs have been advocating being more pet friendly in your rentals, but what about livestock?

If you’ve got images of cows running through the courtyard of your apartment complex- you’ve got a great imagination and are taking it a little too far. What I am talking about is a recent trend that’s got some people crowing with delight and others squawking.

What started out as an underground movement has now grown into a trend towards more sustainable living and it’s not nearly as gross as some may think. The grassroots movement has definitely expanded, leading some areas to rethink their laws and even some apartment complexes to have hens on site.

Urban chicken keeping is a part of a greater movement: the urban farming movement. Urban farming continues to grow in popularity as more people look for sustainable and local means of feeding themselves. Farming co-operatives have sprung up around both urban gardening and urban chicken keeping. Debra Lippoldt, executive director of Growing Gardens said of the co-operatives, “The money is used to maintain the cooperative. It’s not necessarily organized to be a profit-sharing venture.” and in fact, these groups have fostered a terrific sense of community in the areas where they operate.

Many people voice concerns over disease and sanitation, but properly kept, small urban flocks pose much less threat than their mass-farmed relatives. As a matter of fact, in a 2006 report, it was shown that industrial farming posed a much greater risk of bird flu and other bird related illnesses than a well maintained backyard flock. The report revealed that:

The deadly H5N1 strain of bird flu is essentially a problem of industrial poultry practices. Its epicenter is the factory farms of China and Southeast Asia and — while wild birds can carry the disease, at least for short distances — its main vector is the highly self-regulated transnational poultry industry, which sends the products and waste of its farms around the world through a multitude of channels.

And it would appear that the Pew Commission on Industrial Farm Animal Production agrees.

With both trends in urban chickens and urban gardening becoming so popular, many multifamily apartment complexes across the nation have adopted both. In many areas, small flocks are kept in backyards where their eggs are harvested and their waste is then used to fertilize small scale gardens. It really harkens back to the old Victory garden movement of World War II. The economy plays a factor, as does lack of trust in larger corporate farms. 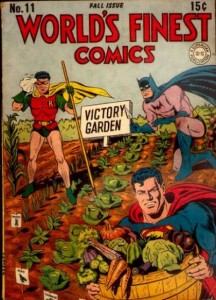 So where would you start if you wanted to keep chickens or enable your tenants to do so?

A great first step is to educate yourself, and Urbanchickens.org does just that. Another fantastic resource, Backyardchickens.com offers a listing of local laws as well as forums and other information. What do you think? Would you allow chickens in your rentals?

The other day I caught a news segment on the newest outrage facing American [and many International] consumers: banking institutions’ plans to increadse service fees (some of which have been free services until now…).  This includes, but is not limited to: elimination of “free” checking accounts, increased fees for overdrafting, bad checks, increased ATM fees, and even requirements to maintain a...