Each year, the National Fair Housing Alliance compiles a report outlining the issues of that year. The 2013 Fair Housing Trends Report has just come out and indicates that complaints are actually up by about 5%. In 2012, the report shows that there were about 28, 518 complaints total. Additionally, this report does include those that were investigated by the US Department of Housing and Urban Development, the US Department of Justice, nonprofit fair housing organizations, and other state and local governmental agencies.

According to HUD, however, this report doesn’t even cover it all. They say that this probably doesn’t even represent about 1% of the 4 million acts of housing discrimination that violate the Fair Housing Act. Reasons for this are cited as being people not reporting because they either do not know how, fear retaliation, or they just don’t think anything will change if they do. 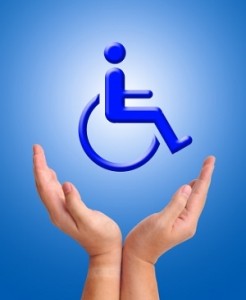 According to the report, also, disability complaints are still high, because, “Many apartment owners make direct comments refusing to make reasonable accommodations or modifications for people with disabilities so discrimination is easier to detect.”

Of the 9,017 cases that HUD dealt with, 1,226 of them were closed adminstratively. Withdrawal of claims or settlement happened in 3,346 of these cases.

As we have mentioned before, you can protect yourself and also your tenants by having your fair housing practices listed. You can also provide reasonable accommodation- which under the law would include handicapped parking, ramps, and other provisions for the disabled. It is extremely important for your protection that you and your employees are all well aware that even what they may think is a benign statement can cause big problems: so teach them appropriate behavior and language in any case where discrimination may be a factor.