The US Census Bureau reported that the US population went up by about 4% in the years between 2006-2011. During that time, though, there was only a 3% increase in households- this broke down to a 2% for family households, but a 5% growth in non-related households. That would seem to indicate that roommates are a growing section of the market. This definitely has some bearing on the recent boom in the rental market. Because of economic conditions, the housing crisis, and other factors, the take away is this: more people are renting.

The Census Bureau also indicated that on average, rental vacancies have gone down by about 8.4% in 2009, then in 2011, they were down to only 7.4%. Taking a look at the major metro areas reveals that they all saw roughly four times as much decline, as opposed to those who saw decreases. On the whole, households that were renters increased 35.4% during the year 2011. There has also been quite a trend towards room rental and other methods of housing shares amongst those not related. 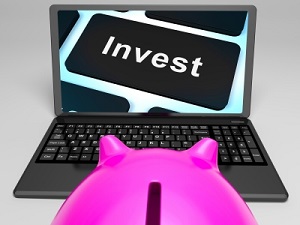 Additionally, it was shown that renters were spending more.  When renters are spending upwards of 35% of their income for rent, it’s considered a high rental rate. However, those in that particular demographic increased to 44.3% as of 2011. It has been predicted by a few economists that this will continue to increase for a couple of years, and then taper off as more signs of the economic recovery are underway and confidence improves.

There may be help on the way for renters in the US, say some sources. The Bipartisan Policy Center reports that about $120 billion is spent annually to help homeowners, whereas about half as much is spent aiding those who rent. Congress is considering a tax policy that will help, much like the mortgage interest deduction.  As both the housing market and other economic factors show improvement,  younger buyers may yet again enter the housing market as buyers. Long term, this is a good thing for both owner occupied housing as well as the rental market. In the meantime, all of this still continues pushing the upward trend of rental housing and its prospects.

Earlier this year, Zillow released The Zillow Rent Index, a tool that can help people get a better idea of both the trends in their areas, but nationwide as well.